The centenary of the founding of the Universal Negro Improvement Association and African Communities League (UNIA) by pan-African champion Marcus Garvey in Kingston, Jamaica has been marked by a motion declaring August 31 as African History Reflection Day (AHRD).

The motion, which was proposed by the African Histories Revisited and TAOBQ (The African Or Black Question) community organisations, was carried at the UNIA @ 100 presentation by history consultant Kwaku entitled ‘Marcus Garvey, Economic Empowerment And Relevance To Ghana’, which took place at the Ghana High Commission in Highgate, north London. 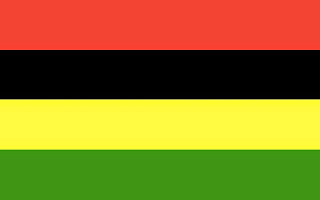 AHRD is inspired by articles of UNIA’s Declaration Of The Rights Of The Negro Peoples Of The World, which was adopted on August 13 1920 at a UNIA convention in New York.

AHRD is about setting aside August 31 as a day to reflect on African history with a focus on African empowerment and enterprise, and engaging children wherever possible in any aspect of the global African experience and history. Children in this case include anyone young at heart and still interested in learning.

It is proposed that August 31 should be observed as a holiday, in that whether as individuals, families, or community groups, we suspend the ordinary business or routine of the day for however long is deemed practical to highlight and deliberate on the relevance and lessons learnt from global African history, and how to move forward as empowered and confident people.

Notes
a) Articles of the Declaration Of The Rights Of The Negro Peoples Of The World adopted at the UNIA Convention in New York on August 13 1920, which inspired African History Reflection Day:

53. "We proclaim the 31st day of August of each year to be an international holiday to be observed by all Negroes.”

49. "We demand that instructions given Negro children in schools include the subject of 'Negro History', to their benefit."

b) AHRD update/amendment of Declaration’s sentiment and language:
NEGRO = African

HOLIDAY = a day fixed by law or custom on which ordinary business, routine or curriculum is suspended in commemoration of some event or in honor of some person

THEIR BENEFIT = Attendees of AHRD programme should see relevance of information provided and deliberated upon, opens their minds, and empower them in going forward. Programmes should consist of delivery of bite-sized historical facts, and dialogue that offers deliberation upon the facts, its relevance to contemporary times, and how it can be used to empower and move people forward

c) Additional Declaration articles worth noting:
11. "We deprecate the use of the term 'n****r' as applied to Negroes, and demand that the word 'Negro' be written with a capital 'N.'”

39. "That the colors, Red, Black and Green, be the colors of the Negro race.” The Red, Black and Green are the UNIA tri-colours adopted in 1920. It’s pre-dated by the Green, Yellow and Red foundation tri-colours Ethiopian flag of the 19th century. Both sets of colours are now recognised as pan-African colours as they inspired the colours of the flags of several countries in Africa and its Diaspora following the independence movements from the 1950s. A combination of the UNIA and Ethiopian colours, making the Red, Black, Yellow and Green four-colour combination provides another  choice

40. Resolved, that the anthem 'Ethiopia, Thou Land of Our Fathers' ('The Universal Ethiopian Anthem') shall be the anthem of the Negro race: http://www.youtube.com/watch?v=PDvJGw58V_M. Ethiopia in this case means the African continent, rather than just the country Ethiopia

Posted by The African Or Black Question (TAOBQ) at 13:48