December 17 2017
By Kwaku
TAOBQ co-ordinator
2021 Update: At the 2020: Marcus Garvey @ 80: Moving Towards A Unifying African Identity meeting  decided upon use of the Global African Quad flag with 4 stripes as the final version: 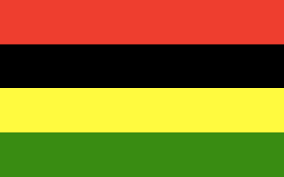 As we enter the 4th year of the UN's IDPAD (International Decade For People Of African Descent) 2015-24 initiative, a new symbol aims to provide a quick, short-hand, visual representation of all things African, be it good or bad! 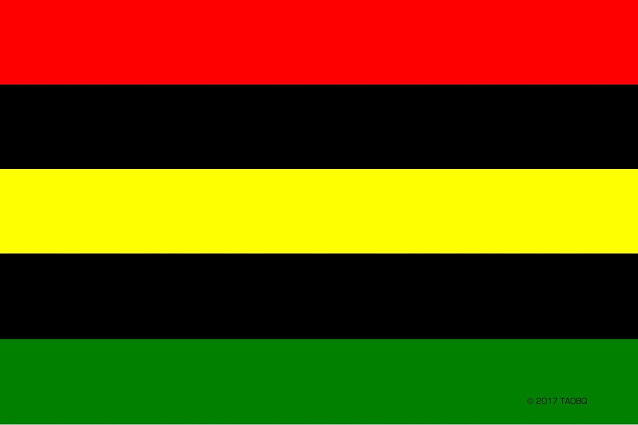 It combines the four common colours of the two pan-African tri-colours - the Ethiopian, Ghanaian and Rastafarian green, gold and red, and the Universal Negro Improvement Association/African Communities League's red, black, and green. 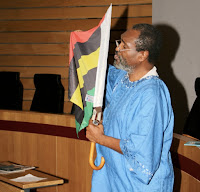 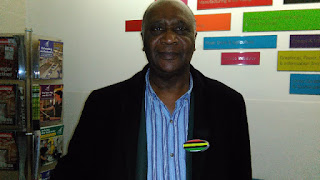 In an age where logos and other visual symbols are meant to provide instant meaning, it is hoped that the GAQ colours will come to be recognised as representing African-related interest and issues, be it expressing African pride, Afriphobia*, or atrocity, such as the recently revealed incidents of Africans being enslaved in Libya or protests against African deaths in state custody.

For background and the development of the flag, click here to read 'August 31 Declared African History Reflection Day', and click here to read 'Colours For African Pride And For Marking Atrocities Against Africans?' Although ideally there should be a single black stripe representing all Africans, when the two black stripes version representing Africans of the continent and the diaspora was shown at the 2017 African History Reflection Day event, it was favoured by a small majority. It's a small compromise to make and one hopes we'll reach a time when we'll revert to a single black stripe because most diasporan Africans will recognise that they are African, period.

* Africans For and TAOBQ define Afriphobia as: The prejudice or discrimination against; fear, hatred, or bigotry towards people of African heritage and things African.

It is also racism specifically against Africans. For more, click here to read 'Call It By Its Name: Afriphobia Is Racism Against African People'.

Posted by The African Or Black Question (TAOBQ) at 16:00